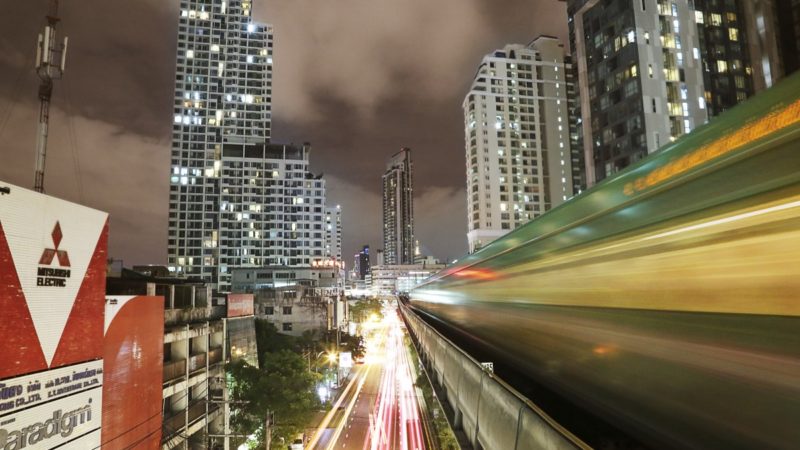 Dwindling land banks and rising prices, coupled with improved transport networks, are changing the face of the Bangkok condo market as new projects move further away from the city’s centre; while, oversupply in some areas has the potential to continue to weigh on sales.

With the expansion of rail and bus transport network improving connectivity in Bangkok, upper- and mid-range property developments are poised to migrate away from the traditional downtown areas, this is in accordance with a statement from the international real estate consultancy firm – Colliers International Thailand.

Around 60,000 condominium units will be added to the existing ones this year, building on the 300,000 units that have entered the market place since 2013, according to a statement by Phattarachai Taweewong, senior manager of Colliers’ research department to a local press outlet in April.

The expansion of the Metropolitan Rapid Transit Blue Line that connects Bang Sue to Tha Phra, which is near completion, has increased development in the city’s west. An approximate nine condominium projects are all set to be launched in the area during this year, bolstering supplies in the lower and middle end of the market.

Meanwhile, the upscale district of Thonglor, which is already well linked by the Skytrain or the Bangkok Mass Transit System, will witness the most activity this year, with approximately 3300 units to be added.

The regions’ high land prices show that the new developments will be in the upper realms of the market. Meanwhile, Phaya Thai district in the center of Bangkok, is also linked by the Skytrain, and has around 2000 units scheduled to be added to it later this year.

While the sheer number of planned projects continues to go up, there is already an excess supply on the Bangkok condo market: some near 45,000 units still remain unsold from 2017, with client take-up slowing down in some regions as buyers become more picky about price and location.