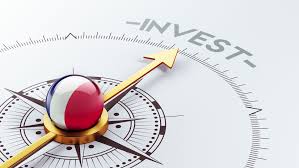 ALL THE RIGHT REASONS TO INVEST IN THAILAND

Being strategically located, Thailand serves as a gateway into the largest growing economic markets of Asia.

The newly emerging markets offer great potential for business accruing to the greater Mekong sub-region – India, China and other countries that are members of the ASEAN (Association of Southeast Asian Nations).

Thailand has been instrumental in the formation and development of the ASEAN Free Trade Area (AFTA). It was one of the founding members of ASEAN.

On 1 January 2010, AFTA came into force with six original ASEAN members, popularly known as the ASEAN-6 that were namely Thailand, Malaysia, Singapore,, Philippines, Indonesia and Brunei. Their main objective was to reduce import duties to nothing. The countries to follow suit will be the CLMV countries (Cambodia, Laos, Myanmar and Vietnam) by 2015.

By virtue of being located at the crossroads of Asia, and with a booming domestic consumer market of 65.12 million along with easy access to the region’s dynamic markets, Thailand has always advocated the concept of free and fair trade. It owes its attractiveness as a production base for leading international companies to a number of free trade agreements. Thailand is sure to profit from the AEC (ASEAN Economic Community), which will come into force at the onset of 2016.

Being devoted to the teachings of Buddhism, Thailand is a very friendly land for foreigners.  With high reverence for the Thai Monarchy, the country’s governance is primarily a constitutional monarchy.  His Majesty the King is the patron of all religions, promoting tolerance and acceptance for all religions in Thailand.

This vast economy of 65.12 million people is characterized by a vibrant domestic consumer market doubled with steady growth and strong exports. Foreign investors are attracted to develop industries in Thailand due to the abundance of natural resources and an easy availability of cost effective skilled working forces

Being well connected not only to every province in Thailand but also to its neighboring countries of Vietnam and Cambodia, Thailand also has the following features to boast about:

Not only does Thailand plan to develop its high speed rail network that will connect north, east, west and South of Thailand to the south of China, but to meet the growing demand for a-grade transportation throughout the country, the mass transit system in Bangkok will be expanded into the suburbs as well. Lastly, the air and marine transportation is due to be revamped as well.

The investment policies of Thailand keep focus primarily on liberalization and promote free trade. Foreign investors are promoted by the government especially those who assist in the development of technology, skills and innovation.

Thailand is ranked among one of the most favoured investment destinations in international surveys. Thailand was ranked No. 49 in The World Bank’s Ease of Doing Business 2016 report and No. 2 in the emerging economies of Southeast Asia to do business in.

The afore mentioned reasons together with Government incentives and support, established and emerging industries, culture rich and friendly societies, healthcare and educational services; make Thailand one of the foremost destination to invest in, the world over.

Source: Bank Of Thailand & Thailand Board Of Investment