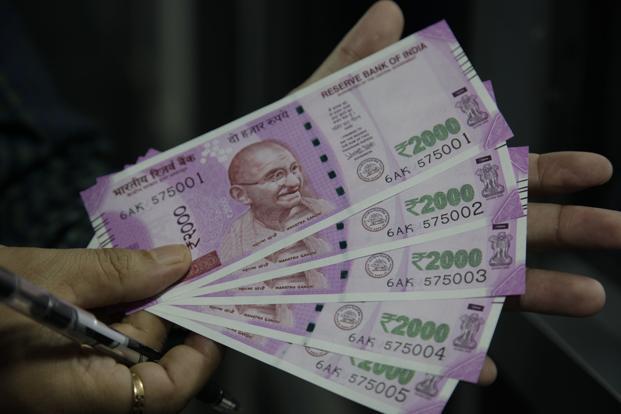 Is The Ripple Effect Striking The Rupee?

There’s no denying that it’s always a respectable idea to try to fight against corruption and counterfeiting by eliminating high value bills. However, after looking at what happened in India it’s essential to remember that good intentions are not always enough, especially if there is no planning to support those intentions.

Prime Minister Narendra Modi’s decision to eliminate high-valued bills has resulted in complete chaos after leaving people without cash for a considerable period of time. Cash machines are packed with people, while shops of all kinds are struggling to make ends meet, as there is limited supply of cash in the market.

The 500 and 1,000 Rupee bills, which have very little financial value, represented about 86% of the money that was circulating. There’s a deadline until 30th December to exchange all the outdated bills for others that are a lot more reliable. Yet, the Indian central bank had only provided a third of the total amount of the bills necessary to cover the real demand.

In the meantime, the consequences of depriving the country of money is reaching faraway lands. Indians are famous for spending a lot of money when travelling and also for organizing weddings in luxurious venues abroad.

Thailand has become the chosen destination for well off Indians who want to get married. As a result, hotel owners as well as suppliers of wedding-related facilities tend to get anxious for the wedding season. The most typical concern is that families do not have the money to afford the ceremony and that they call off or put off the event until their financial situation gets better.

According to the New Delhi-based Director of Katalyst Entertainment Pvt. Ltd., Chandan Ratra, who is in charge of organizing musical events for weddings, three popular wedding destinations (one in Thailand and the other two in Abu Dhabi) have been called off and transferred to India and the only thing to blame is the cash crisis.

Mr. Ratra told Asian Focus that wedding destinations were going to feel the consequences because people were having financial difficulties. He also said that there was a general discontent and that it would take some time for things to go back to normal.

Katalyst Entertainment Pvt. Ltd. organizes extravaganzas for more than 140 wedding destinations every year. If you spend money on a single destination the expenses can vary from 3,000 USD to 700,000 USD. Mr. Ratra has anticipated that about 70% of marriage ceremonies wouldn’t take place in the upcoming months.

The Prime Minister’s campaign also aims at taking severe measures against `black money’, which is income that has not been declared to the tax agency and funneled directly into assets, bribes or terrorism funding.

Circulation of ‘black money’ in India in 2013, represented approximately 30% of the country’s GDP or 28 Trillion Rupees. That number is believed to have been 18 Trillion Rupees less than a year before, as stated by Credit Suisse.

President of the India-Thai Business Association, Satish Sehgal, acknowledged that Indians with a difficult economic situation were likely to curb their typical lavish expenses in the following months. He also added that the impact on Thailand didn’t seem to be so big.

Indian well-off families would spend between 50 and 100 Million Baht for a luxury wedding but that amount of money will probably go down. Despite this, he believes that the numbers will not sink because Indians will keep organizing wedding ceremonies in Thailand, as it is the most popular wedding destination amongst its other South East Asian neighbours.

The Thai Wedding Association has not reported any cancellations yet and this is great news considering that weddings are organized with plenty of time in advance.

Regardless of the measures the government brings into effect to eliminate ‘black money’ in India, there’s no denying that there will be short-lived effects since people are not actually concerned about the money, they are just waiting to see what happens”, president of the Thai Wedding Association said in an interview with Asia Focus.

He mentioned that less than 50% of Indian wedding ceremonies that take place overseas have their origin within India. The other half of the ceremonies is organized by Indian expatriates that live in countries like England, Singapore, the United Stated and the United Arab Emirates.

Wedding planners find Thailand a very valuable wedding destination, especially for Indian brides who like to follow the exotic combination of traditions, rituals and celebration all deployed on the same situation.

Delicious food, white sandy beaches, five-stars hotels and warm weather all year long are some of the most striking features of Thailand as a wedding destination.

Remember that Thailand offers good value for money since it is more affordable in comparison to other destinations. In the end, it does not matter if couples want to use black, green or white money because Thailand has everything they need to make their wedding perfect.

Last year there were about 2000 India wedding ceremonies that took place in Thailand while this year has witnessed 300 wedding functions. All these ceremonies make Thailand a “must” among people who want to get married.

Luckily, the JW Marriott Phuket Resort and Spa hasn’t received any cancellations so far, according to the director of meeting, incentive, conference and exhibition sales Minelli De Kretser. The resort arranged six wedding ceremonies last year, three this year and has booked five ceremonies for 2017.

In the same way, Minor Hotel Group hasn’t received any wedding cancellations, however, a leisure group decided to call off their booking of the hotel.

Just like their Chinese equals, the high number of people who belong to the Indian middle class have become noticed around the world thanks to travel. However, there are certain questions that remain unanswered regarding the fact of whether they will be able to afford travelling in a small period of time.

Devaluation has had a negative impact on some sectors like consumer expenditure, acquisition of high-end products and money transference through less conventional channels, yet the tourism industry as well as daily expenses for necessary items has not been affected.

Travellers to foreign destinations can buy foreign exchange without problems. The majority of tourists generally purchase American dollars or travellers’ cheques. This is thanks to the liberal policy of the Indian government at the moment of allowing Indians to travel abroad.

Demonetization will surely have a negative impact on people who do not make use of the right transaction channels.

Approximately 980,000 Indian travellers got to Thailand from January to October 2016, which is 10% when compared to the same period of last year, the Department of Tourism said. Thailand had a profit of 49 Billion Baht from tourism last year and there are plans from the Minister of Tourism and Sports to make that number increase by 8% in 2016.

Since the majority of Indian tourists make use of bank transfers to pay for their packages, demonetization will have the impact it was expected to have, said the New Delhi-based managing director of D Paul’s Travel and Tours (important Singaporean travel agency). The agency attracts a majority of travellers who are eager to make a bank transfer instead of paying in cash so that the business does not go down.
Customers of the fancy travel agency include doctors and lawyers, who are willing to travel to some of the most popular destinations such as Europe, Malaysia, Thailand and Singapore. Mr. Singh predicted an increase in the number of Indian tourists visiting Thailand following the government’s decision to waive the fee for the visa application process. He claimed that his agency had not felt the negative effects and that they were being cautious about the booking situation.

Mrs. Kobkarn Wattanayrangkul, Minister of Tourism and Sports, shares that the idea that the effects will not be so negative since the majority of Indian visitors travel in family groups and tend to avoid using cash, instead they try to use credit cards whenever it is possible.

Thailand’s target million Indian visitors might be achieved in 2016 because the country is still the preferred destination in Asia for Indian travellers who want to get married. In spite of that, Mr. Ratra is of the idea that the working class will be very careful with their expenses. Everything will depend on the government’s policy, he says and adds that he is for this demonetization that will make India a better country.

For the time being, the effect on business-to-business transactions will not be easily seen because several Indian businesses are under invoicing. This practice that implies stating a lower price for goods than what is actually paid allows companies to reduce the amount of money that should go towards tax. Sometimes repercussions are bound to happen because sometimes “black money” is used to make payments.

On the other hand, the traditional structure of transactions based on cash, might have an impact on the expansion of consumption in India, especially considering the short-term suspension of money supply and the possible destruction of wealth, economist Deepali Bhargava from Credit Suisse was recorded as saying.

There are still some benefits from a demonetized economy in the not-so-long term. Some of them include the prevention of money laundering, and better abidance by the law both of which will result in an important increase. This actions also shows the government’s commitment to make things better.
Keywords/phrases – Thailand, India, Indian, Demonetization, Black Money, Wedding Destinations.