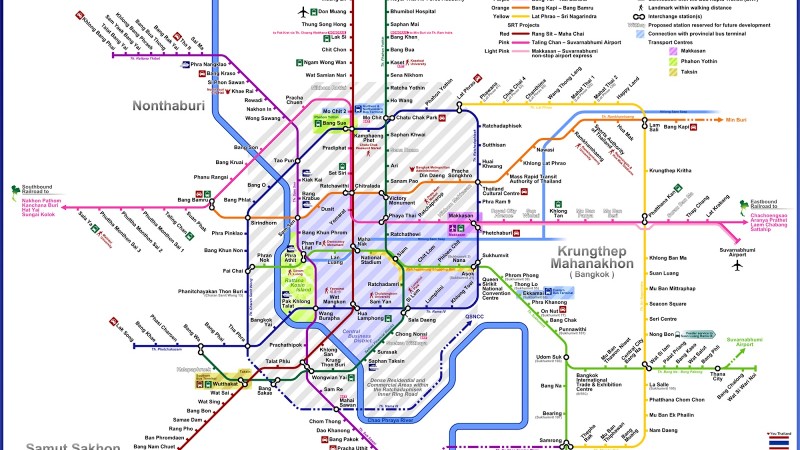 With it linking Min Buri and the Thailand Cultural Centre, the Orange Line project is all set to go up for bidding in 2017. To make the most of this development, a fresh supply of condos have come up on the Rama IX Road.

At least 2 brand new projects and units in excess of 2,000 in number with a combined worth of 5.3 billion THB are all set to hit the market in Q4 (fourth quarter) of this year itself.

All Inspire Development Co’s chief executive Thanakorn Thanawarith, had stated that bids for materials on the Orange Line would be put forward by the end of last month, which would be met by a surge in demand for residential units in the Rama IX district.

Mr Thanakorn Thanawarith continued to state that the Rama IX district is clearly booming after the supply of new offices over the past couple of years. There were two new projects on Rama IX Road in particular that were launched in Q3 (third quarter) having about 2,080 units as well as a 76% sales rate.

He also states that there will be a healthy demand for units that are priced lower than the 2 million THB mark, as more than half of the people working in the Ratchadaphisek, Asok and Rama IX areas have monthly incomes of 20,000 to 45,000 THB.

November is expected to see the launch of Rise Rama 9, an 8-storey condominium project worth 1.3 billion THB. Having 4 buildings, Rise Rama 9’s 600 units are comprised of sizes ranging from 25 to 70 square metres and are priced from 1.69 million THB.

The company by the end of 2016 has plans of signing a memorandum of understanding together with a foreign agent in order to help sell 2 out of the 4 buildings to foreign investors from Hong Kong, Singapore, Malaysia and Taiwan.

Supalai Plc’s managing director, Tritecha Tangmatitham, speaking on the topic exclaimed that a majority of the transit lines would help stimulate the real estate sector by driving up demand in locations wherein these lines would pass through.

The Orange Line would help drive dramatic improvements in the Rama IX area, he concluded.