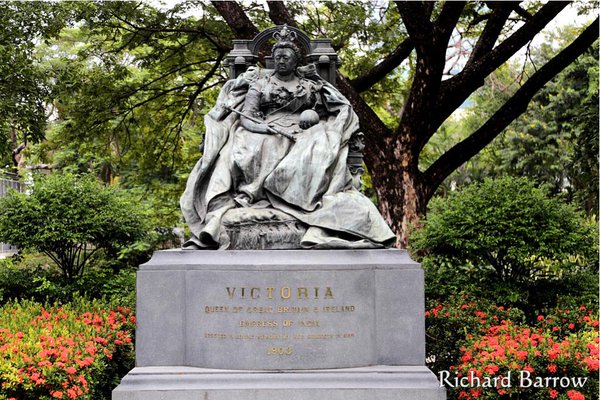 Land plots in prime locations retain their appeal, with the UK embassy expected to sell its property (23-rai) on Wireless Road at an amount in excess of 18 Billion THB.

Property sector sources have claimed that the embassy is appealing to developers through CBRE (Thailand), who has been assigned as the stand alone agent for the plot.

The cost of the plot that serves as the head office of the British embassy is estimated to be in excess of 2 Million THB a square wah (sqw). A neighbouring plot was purchased last year for around 1.91 Million THB a sqw by a company called SC Asset Corporation Plc (SET-listed).

More than 10 years ago the British embassy had opened a bid for a 9.5 rai plot on Phloenchit Road right next to its present head office. Central Group of Companies was the winner with a bid of 950,000 THB psw and is presently situated by Central Embassy.

The cost of land in ideal locations have gone up consistently over the past10 years, with the latest deal being struck by Ananda Development Plc (SET-listed), who broke ‘highest price psw record’ when they paid 2.1 to 2.2 Million THB for a one-rai property on Rama IV Road which is near the Sri Fueng Fung Building.

This plot previously hosted the Citystreet food court which was owned by the Beauty Gems Group. In spite of its small size of just one rai, it is economical and physically viable to construct a high-rise building with automated parking.

A spokesperson from the British embassy did not confirm or even deny this report, stating that the UK embassy keeps British diplomatic estate under careful review to make sure it lends value for the English taxpayer while representing British interests as well.

According to the spokesman, the UK Embassy will continue to operate as a fit-for-purpose embassy, supporting the UK’s influence and impact in a top Asean country like Thailand that is also an important partner for the UK in terms of prosperity and security.

Knight Frank Chartered’s (Thailand) managing director of property consultant Mr. Phanom Kanjanathiemthao has stated that in spite of the looming building and land tax, prices of land in prime locations of the city of Bangkok are anticipated to continue growing over the coming year.

Ananda Development has also issued a statement recently denying having purchased the plot in question at 2.2 Million THB per sqw.

Ananda Development’s CEO Chanond Ruangkritya said that the company has no policy whatsoever to purchase expensive plots of land as it has always remained true to its goal of developing sites that meet their customer’s requirements.

He concluded by saying that his company had never altered land prices for personal gain as the purchasing power in the market is relatively weak and that therefore it would focus on constructing projects at reasonable prices only.