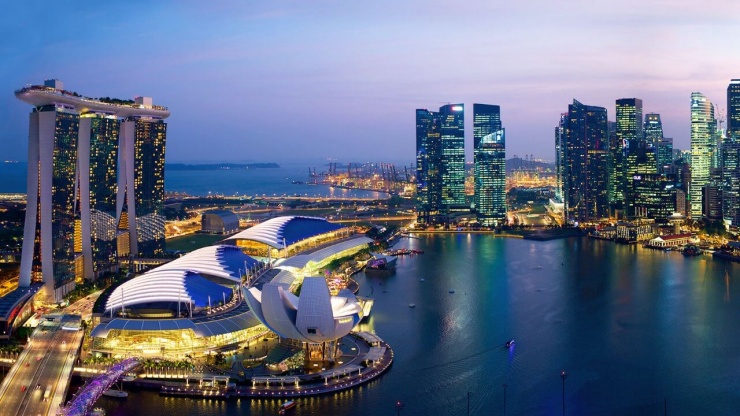 Although Singapore is amongst the top destinations for gamblers worldwide, it still has a lot to learn from Las Vegas and Macau. This is because it only has two casinos located in inconspicuous areas of resorts that catch the eyes of tourists with some other pleasures apart from gambling.

Having said that, Japanese authorities have studied Singapore’s casinos that are within holiday resorts. In fact, many government representatives have visited the resorts to learn more about the Singapore model and as a result the Japanese Parliament passed a law to make gambling legal.

The prudish yet wealthy country of Singapore decided to abandon its Asian traditionalism to allow the construction of two casinos in 2010 (these two were part of two tourist resorts, namely The Marina Bay Sands located in the downtown area, and Resorts World Sentosa located in Sentosa Island).

This action implied that a new, more regulated approach was followed in order to strike a balance between the need to remain competitive in the tourist industry and the introduction of protective measures against gambling-related addictions for the locals.

Professor Eugene Tan from the Singapore Management University stated that the reasons why other governments, like the Japanese, want to learn about Singapore’s casinos is perhaps because they have been the pioneers in taking advantage of casinos while reducing the drawbacks. It’s not possible to say that casinos do not cause social problems, which is why reducing the negative impact on society is such an important endeavor.

From the start, local authorities did not want to turn Singapore into the new Las Vegas or Macau. Some years ago, the Prime Minister Lee Hsien Loong said that it was not their intention to turn Singapore into Las Vegas or Macau, which are both famous for their huge gambling industry. He added that casinos were going to be able to display neon lights and have slot machines all over the place.

Local authorities have specified that any casino that would be built should be inside an integrated resort and that they shouldn’t take up more than 3% of the total amount of space available for the resort. The casino at the Marina Bay Sands is located in an enormous building that includes a convention centre, an exhibition showroom and a shopping centre that is right in front of a 55-storey tower of a five-stars hotel. The top the hotel is connected to the world famous Sands SkyPark, which is a feature on its own.

There are four floors in the luxurious casino that has more than 15,000 m2 of space exclusively created to gamble via slot machines or table games.

The two casinos at Singapore are playing an important role not only for the resort operators by making them earn a lot more, but also for Singapore’s economy.

The Department of Statistics of Singapore has stated that the number of tourists getting to the city soared from almost 10million in 2009 to nearly 16 million in 2013. Revenue from the tourism industry went up from 13 Billion in 2009 to 22 Billion last year.

In combination, both resorts represented between 1.5% and 2% of Singapore’s economy and employed over 20,000 people.

Casino gambling is not all about winning, in fact there’s a negative aspect of betting. Since the government is aware of the impact betting has on society, casinos are only allowed to let foreigners gamble. Apart from that, there are new regulations to dissuade locals from going to casinos.

Singapore’s 24/7 casinos must have several lanes at the entrance in order to make foreigners and locals go separate ways. If you are a foreign visitor you won’t waste a minute to enter the casino. However, if you are a local resident, you will have to pay an entrance ticket of $100 (Singapore Dollar). Casinos are equipped with CCTV’s as well.

A system of exclusion is available too. With this system people who have serious financial or gambling problems can be put on a black list and be excluded from casinos. It’s possible to ask for your own or a relative to be excluded from the casinos provided you have proof to back your request.

Kyodo News broadcasted the story of a retired engineer from Singapore who had bet his life savings at the two casinos in Singapore. When his life savings were gone, he started to get money loans from illegal sources in order to keep betting. He suddenly realized that he had a lot of debts that he was unable to afford. Feeling desperate, he looked for help from one of the many support groups that have recently appeared to provide help to gambling addicts. He works very hard to ensure that he is not tempted to go into casinos, and has successfully been able to stay away from them for a long time.

He firmly believes that Japanese government officials ought to not allow local residents to go to casinos after the passing of the law to make them legal for the very first time in the history of the country.

It’s preferable to let foreign visitors into the casinos. This is so because if you let the locals gamble, they might lose everything they have and as a result be a burden to the country or cause physical and mental harm to themselves.

The Danger Of Becoming Addicted

According to Billy Lee, a pastor who is in charge of a support group that provides help for people who want to prevail over their gambling addiction confirms that the number of addicts who attend the group meetings in Singapore has steadily gone up.

The Marina Bay Sands casino attracts people of all walks of life with the hope of changing their lives with just one bet. Regular visitors to Singapore’s casinos claim that it’s always a good idea to leave the casino when you are winning and not lose everything in the hope of winning more.

Nowadays, casino tokens and chips are not recognized worldwide, and this is also the case in Singapore. This stems from the Chinese corruption crackdown that is acting as a deterrent for gamblers of large sums of money. Earnings at the Marina Bay Sands went down by 10% last year.

Japanese officials’ planning to establish casinos might make things a lot more competitive but at the same time could provide a wide variety of opportunities for Singapore’s casinos to open in Japan.

Las Vegas Sands through its annual report said that the Singapore transaction is second to none because it is the best integrated resort and also because of its importance for possible jurisdictions taking into account the development of an integrated resort.

Chairman and CEO of Las Vegas Sands Corporation, Sheldon Anderson, stated after the passing of the new law that makes casinos legal in Japan, that if the resort were given the chance, it would make unparalleled investments in Japan due to its financial capability and success.