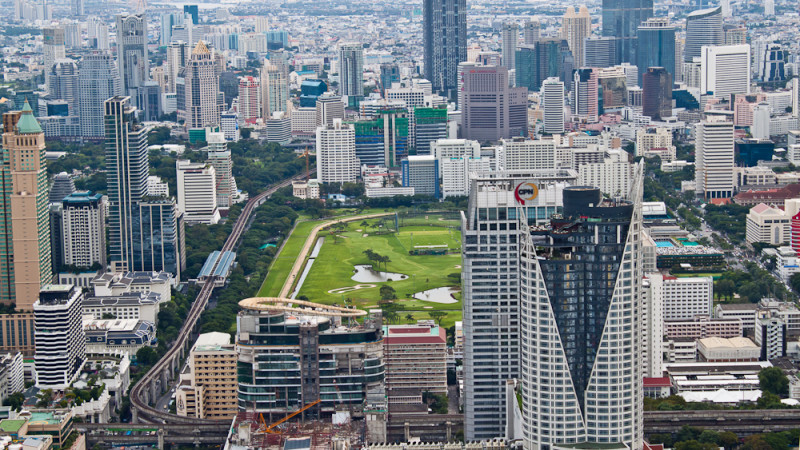 In spite of the ever present building and land tax, land rates in Bangkok’s major locations are projected to show a continuous rise over the coming year.

Knight Frank Chartered’s (Thailand) managing director of property consultant, Phanom Kanjanathiemthao, states that the building and land tax, which is supposed to be levied on the 1st of January 2017, is unlikely to force land owners to sell their plots of land in a hurry.

Designed to increase the taxpayer base nationally, the long-overdue tax had won the approval of the cabinet this June. It set ceiling rates of 0.5% for residences, 5% for undeveloped or vacant land, 2% for commercial and 0.2% (calculated on the appraisal value) for agricultural land.

AP (Thailand) Plc, a condo business group’s head, Vittakarn Chandavimol, speaking on the same topic said that while purchasing land plots his company does not restrict the price limit because by doing so, he believes, it restricts the company’s development potential.

For expensive plots of land, Vittakarn Chandavimol says that his company applies a ratio of a bonus floor area to help boost its area of construction. The company plans to further use buildings designed efficiently to help maximise its land use as well as deliver affordably priced units to buyers.

Mr Phanom has stated that the ceiling price does not exist for a plot of land that has no willing buyer. Confident condo developers will acquire the asking prices they seek for their units.

While some prices of plots surge by 30 to 40% a year, developers in some locations might need to consider other developmentalternatives or keep a lid on them until the prices of condos become acceptable to buyers.