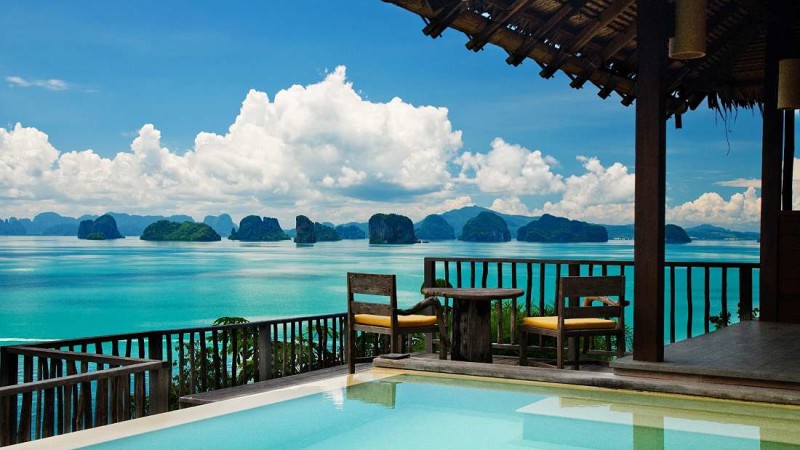 Phuket To Have The Highest-priced Villas Built

The property company Kamala Beach Resort & Hotel Management Co, with its base in Phuket and which is a joint venture with capital from Hong Kong, Singapore and Thailand, has decided to invest in the highest priced villa complex in Thailand. The villas project in Phuket, valued at about 700 Million THB, will be set into motion soon. Chief executive and investment officer of Arch Capital Management, Richard Yue said the complex is going to have 13 villas worth about 10 Million USD.
The villa complex, which is expected to be finished in the first month of 2017, is located on a big hillside plot and has already sold units for a value of 4 Billion THB. The plot is on the same site as MontAzure, which is a high-priced property development project valued at 18 Billion THB, which was purchased from BTS Group Holdings almost four years ago.

The selling price of the highest priced villa on the site will double the cost of two brand new villas of another project Charn Issara Plc is planning to set in motion next year.

Mr Yue asserts that property in Thailand is really valuable and goes on to say that Hong Kong, where he lives, has the record for the most expensive house sold at 40 Million USD for a unit of 450 m2.

In contrast, the highest priced villa in MontAzure is set on a 6.5-rai site with more than 4,500 m2 of area that can be utilized freely, and the smallest one is located on a 3-rai plot.

There will also be 75 condos in Twin Palms Residences as part of the project that will be worth 2.2 Trillion THB. The price range per unit varies from 8 Million to 93 Million THB and 41 units have already been sold.

A 200-rooms InterContinental Hotel will be part of the project and the company investing is Proud Real Estate, a real estate firm that belongs to the Liptapanlop family.  The world famous Ibiza Club, Café del Mar, will open its first branch in Thailand as part of the massive project as well.

The investors would like to close a deal for building a lifestyle mall as part of the project, which is expected to include Bangkok Hospital to give medical assistance.

Audley, a lavish retirement contractor in Britain as well as Nye Estate and a subsidiary of Narai Property (Thai company part of the joint venture), is in charge of developing a special village for retired people.

Arch Capital Management is a private-fund company with its base in Hong Kong that comprises of around 50 investors from the USA, Asia, Europe and the Middle East. This company has already invested 1.4 Billion USD and is trying to reach a compromise with Supalai Plc so as to acquire Petron Megaplaza, which is a 45-storey high-class office tower, located in Makati City in the Philippines.

Mr Yue stated that the Philippines, China and Thailand are the most inviting countries to invest money because of their demographics and urbanization levels. He added that the majority of the population of those countries are middle-aged people whose consumption and spending habits are very strong.

Another reason that makes China and Thailand attractive is their infrastructure that offers several mass transit lines. The Philippines is working on developing a similar plan.