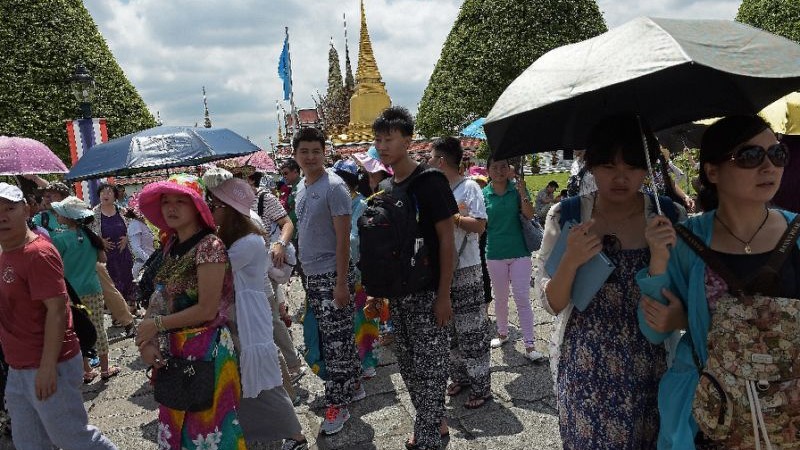 TAT Calls For Readiness To Tackle Tourist Footfall In Thailand

The Tourism Authority of Thailand or TAT for short has suggested that all businesses connected to tourism should be organized for the coming months as there is going to be an increase in tourist-related activities, both locally and internationally speaking.

The Tourism Authority of Thailand deputy governor for policy and planning, Santi Chudintra, said it’s necessary to update the types of facilities on offer in order to take advantage of the increase in the sector in the long term. Such improvements will surely promote more tourism.

At a seminar held by the Business and Legal Advisory Centre of Assumption University, Mr. Santi encouraged tour operators as well as travel agencies to draw up a plan that focuses attention on hotels, restaurants and tourist attractions in and around Thailand and also in other promising destinations.

Mr. Santi claimed that the sector should be organized since the constant growth of Thailand’s tourism industry calls for more action.

According to the Tourism Authority of Thailand, the tourist industry should have a target profit of about 2,84 Trillion Baht next year with the target having already extended by 0.34 Trillion Baht to compensate for this year. Local tourists are projected to generate income of about 1.89 Trillion Baht, while international visitors about 0.95 Trillion Baht.

The organization announced that international arrivals from January to December this year were about 30 million. This represents an increase of 10% compared to the same period of 2015, which at the same time generated 1.51 Trillion Baht of profit.

2015 witnessed the arrival of about 30 million tourists from many countries to Thailand and the number is anticipated to increase by more than 3.8 million this year.

Although there were different setbacks like the value of the dollar falling, the grief period because of His Majesty King Bhumibol Adulyadej’s death and the bombing in Hua Hin, Mr. Santi is of the idea that Thailand won’t have problems to reach the profit target of 2.5 Trillion Baht set for this year.

At the same seminar, secretary-general of the Association of Thai Travel Agents, Adith Chairattananon, put forward the idea that Thailand needs to create more hospitality schools so as to supply more human resources and as a result improve the industry on the whole by supporting the government in its long-term goal of making tourism a sustainable industry again.

Mr. Adith Chairattananon believes that all sectors that make-up the tourism industry have to ensure that Chinese visitors have a good time because they account for 30% of the international arrivals to the country and the good news is that this number is expected to go up next year.

The Association of Thai Travel Agents secretary-general, Mr. Adith Chairattananon continued to state that they are not concerned about the effect of the value of the dollar falling and that