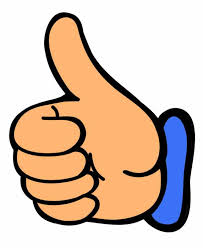 According to the influential HSBC Expat Explorer 2015, a report came forward which stated that the property market in Thailand had achieved its highest ranking ever, globally. This ranking however was placed in the ‘Experience” section that ranked Thai realty at number 1. While taking other various factors into consideration from the same survey the overall ranking of Thailand stood at an impressive 21 out of the 39 countries surveyed for the same purpose. Through the results of the survey it has clearly been revealed that Thailand has been ranked number one in terms of best performance in the ease of finding accommodation. The survey further reveals that out of the 39 countries surveyed Thailand’s score of 71 percent was higher than any other country surveyed for this purpose, this is in accordance with the statement issued by the HSBC.

Several of the foreign nationals currently living in Thailand were asked another question via the survey based on accommodation, which was – If the cost of living in Thailand had increased or decreased over time since moving to here. In a shocking discovery it came to light that out of the total expatriates living in Thailand a total of sixty six percent of foreign residents claimed the cost of accommodation had decreased over time. Which means expatriates in Thailand claimed they now spend less on accommodation from the time of moving to Thailand (as opposed to twenty nine percent, which is the global average) HSBC said. All this information strongly indicates that the real estate and property market in Thailand presents an exponential growth and value for money invested as in comparison to various other destinations across the globe. In addition to this, Thailand favourable realty market can certainly become a major decision making factor with companies deciding where to base their Asian staff.

Anyone interested or involved in any way with property market in Thailand should make use of the property aspect this survey has clearly concluded with. Thailand should be projected as a strong candidate and as a viable option for investment for the value of money and also as a place to live in.