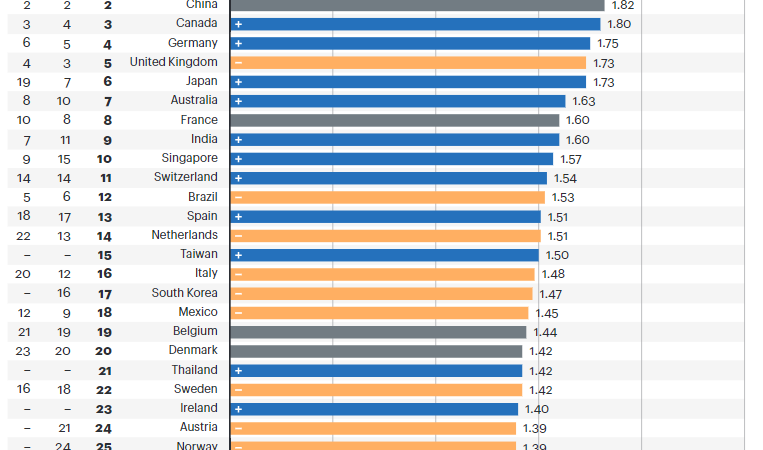 Thailand Returns To Top 25 Of The FDI Index

Thailand has made a return to the top 25 of the A.T. Kearney’s FDI (Foreign Direct Investment) confidence index following a two-year absence.

Thailand ranks 21 in the FDI index of 2016, according to head and partner of Southeast Asia at A.T. Kearney (a global management consultancy), Chua Soon Ghee.

The FDI index is a progressive analysis of how economic, political and regulatory amendments will affect the inflow of FDI’s in the coming years.

Since its commencement in the year 1998, the study has a tried and tested mechanism of reliably pointing to company’s best choices internationally for FDI, with nations ranked in the FDI index accurately finding destinations of actual international FDI flows.

The FDI index is put together using primary information from a proprietary survey that is conducted among senior management of leading global corporations, Mr Chua said.

In 2016’s survey, 22% of the respondents have said that they were even more positive about Thailand’s outlook economically speaking over the coming 3 years, which is an increase from 16% just a year ago.

According to Mr Chua, Thailand has become one of South East Asia’s success stories that has switched to an upper-income country from a low-income country in as little time as a generation, thereby giving existence to an attractive group of prospective customers with greater disposable incomes. This has been a deciding factor for firms entering the Thai market.

Thailand has also risen as a manufacturing centre, said Mr. Chua, with many firms having set up their facilities in Thailand and exporting their goods to different parts of the country.

Its Asean membership increases its attraction for firms looking to gain from the growth potential of the Asean nations as a whole.

Mr Chua added, specifically speaking, strong growth in Vietnam, Myanmar and other countries located in the Greater Mekong Sub-region have lent to Thailand being a natural center for entry to those countries.

Five countries from Asia feature in the top 10 of the FDI index this year, drawing focus to the internal business confidence in the countries.

China is ranked 2nd for the fourth consecutive year. Japan continues its impressive run and rises to sixth place, one higher than its last ranking, while Australia leaped three spots to 7th.

India and Singapore went up two and five places to the 9th and 10th spot respectively, with Singapore being the biggest gainer in ranks than any other country, while the US ranked 1st for the fourth consecutive year.