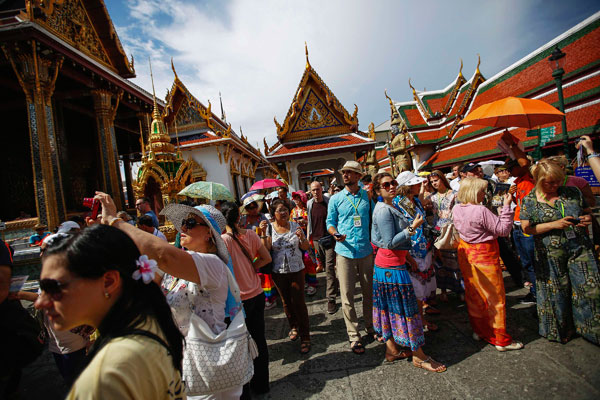 Thailand is known best for its food, beaches and more recently, Leicester City – the English Premier League Winners who have, owing majorly to their sudden rise to stardom, managed to rack up the highest current-account surplus when compared to other major emerging markets of the world.

This current-account surplus in Q1 rose to an annualized 10.2% of gross domestic product, which was an improvement that the chief economist at BNP Paribas for Asia, Richard Iley described as “phenomenal.”

Much of this buffer boils down to a dramatic fall in oil prices, with Thailand relying on crude oil imports for more than 80% of its energy needs together with a drastic surge in tourism propelled by Chinese shoppers. Thailand attracted 7.9 million Chinese visitors last year, which was a 70% increase from 2014.

Thailand has been utilising the windfall to exhaust its foreign-exchange reserves by around $20 billion this year, contributing to a key bulwark incase it is faced with an immediate surge in foreign-exchange market volatility or capital outflows. The generated surplus reserves, according to BNP Paribas; have been the fastest in comparison to any other emerging market.

Besides being one of the largest short-term spikes in the country’s reserves in the last two decades, Thailand still remains an outlier in the emerging market universe.

There’s some bad news though. This favourable current-account data has also lead to hesitation by households and companies to spend the cheaper energy dividend, thereby pointing towards a deeper malaise in the Thai economy.

The rates of savings soared to 33% of GDP in Q1, while investment has diminished, according to BNP.