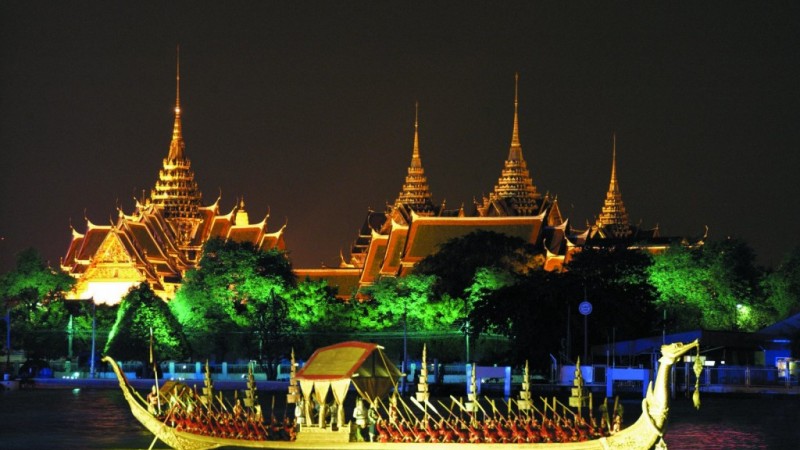 Thailand, located in Southeast Asia, is famed for its world class tourist attractions, which include fabulous beaches, Buddhist temples, spectacular palaces, ancient monuments, historical ruins and an unmatched nightlife. With millions of tourists flocking to this country every year, it’s fair to say that there’s something interesting in it for everybody. Below are 20 unique facts about Thailand that make it nothing less than a magical tourist destination.

The name ‘Thailand’ stands for ‘Prathet Thai’, meaning ‘Land of the free’. It signifies the fact that Thailand was never colonized by any European nation and has therefore remained free from imperialist aggression.

Thailand mothers one of the biggest as well as tiniest creatures on the planet, the vibrantly coloured ‘Whale Shark’ being an example of the former and the ‘Bumblebee Bat’ or Craseonycteristhonglongyai being the latter.

Thailand is home to many awe-inspiring constructions. From the world’s largest crocodile farm to the world’s biggest Buddha statue made of gold, Thailand prides itself over its landmark creations.

Thailand is home to the first conjoined twins who were at times informally called ‘Siamese twins’, a tag that represents people inflicted with conjoined twin syndrome will this date.

The former name of Bangkok was perhaps the longest name any place on earth ever had.

The people of Thailand revere their King immensely. Stern punishment (including life term imprisonment) is given to anyone who shows disrespect towards the king. Stepping on Thai currency, all denominations of which have the King’s face imprinted on them, is considered a crime and can result in imprisonment.

Thailand is famed for its many temples, which is also why it’s sometimes called ‘The Land Of Temples’. Specific religious attire is to be worn while visiting these temples as they are strictly ‘no-shorts’ zones. An interesting fact surrounding one particular temple known as the Pra Prang Sam Yot temple in Lopburi province, is that it hosts a bizarre festival called the ‘Annual Monkey Buffet’ at its entrance.

Touching anyone (including children) on the head is considered a sign of disrespect, which is yet another example of Thailand’s deep rooted cultural and ritual traditions. The locals bow down in front of elders and important people as a sign on respect.

As stated above, the entire population of Thailand reveres the king immensely. This respect is paid to the Queen as well and is the predominant reason why Thai’s celebrate Mother’s and Father’s Day in honour of their spiritual heads – the King and the Queen, rather than their own parents.

Thailand is home to around 200 species of snakes out of which 60 are venomous. The magnificent King Cobra (world’s longest snake) is native to these lands.

Thailand had many buildings built on stilts along the banks of its rivers, giving it a Venetian look. Today, most of them have been filled.

Known as the “Land of Islands”, Thailand consists of 1,430 islands. Besides attracting tourists from far and wide, these islands have often been used as shooting locations for movies.

A fish that can walk on land and climb trees is surely a thing of interest for tourists that visit this magical land. Known as The Mudskipper, this fish is native to this part of the world.

Thai kick-boxing, known the world over as ‘Muay Thai’, is also referred to as ‘the art of eight limbs’ because its contestants make use of their punches, kicks, elbows and knee strikes to defeat each other. It is also Thailand’s national sport.

Siamese cats besides being native to Thailand are also considered as good luck charms and are often gifted to newlyweds to bring them luck.

Orchid is the national flower of Thailand. More than 1,500 species of Orchids are found here in the wild.

Voted the 13th and 5th friendliest country in the world by the World Economic Forum and Rough Guides readers respectively, Thailand is renowned for its hospitality and warm people.

Bangkok (Thailand’s capital), has been voted MasterCard Global Destination Cities Index’s No 1 tourist destination in Asia. It is estimated that an astounding 6 million tourists visit Thailand every year.

The town of Kanchanburi is home to the famous “Bridge Over the River Kwai”, part of the Burma-Siam railway. An estimated 80,000 to 100,000 people died in the course of the project. A famous Hollywood motion picture by the same name was later made based on these tragic events.

Besides holding the record of the longest city name (Bangkok’s original name) to ever exist, the country’s name, ‘Thailand’, has an interesting past as well. It was originally known as ‘Siam’ until 1939 and then again from 1945 to 49.